Blog - Latest News
You are here: Home / Islamic Rulling / Personal and Social Rulings / Why is alcohol forbidden in Islam? 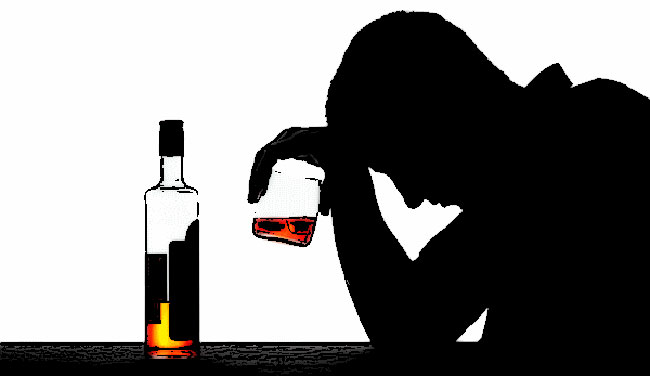 Everyone knows, Muslim and non-Muslim alike, that drinking alcohol is considered a sin in Islam. Consuming alcohol is listed as one of the major sins; one of greater sins for which eternal punishment is promised. There are traditions by Imam Musa Kazim (a), Imam Rida (a), and Imam Muhammad Taqi (a) proving this.

Before presenting the verses of the Quran on this topic, it must be said that this law was legislated gradually. Allah didn’t reveal to the Prophet (s) in an instant and say: From this moment forward nobody can drink alcohol. Rather, he revealed this law in stages.

First the Quran states: “O you who have faith! Do not approach prayer when you are intoxicated.” (4:43).

Unfortunately some of the quote un quote Islamic leaders during the baby stages of Islam, after the demise of the Prophet (s), didn’t listen to this verse. Anyhow, the Quran then states: “They ask you concerning wine and gambling. Say, There is a great sin in both of them, and some profits for the people, but their sinfulness outweighs their profit.” (2:219)

Finally, the Quran lays down the law and says: “O’ you who have faith! Indeed wine, gambling, idols and the divining arrows are abominations of Satan’s doing, so avoid them, so that you may be felicitous. Indeed Satan seeks to cast enmity and hatred among you through wine and gambling, and to hinder you from the remembrance of Allah and from prayer. Will you, then, relinquish?” (5:90-91).

This verse clearly prohibits the consumption of alcohol. In it there are ten forms of emphasis: First, the verse addresses the believers. This means that faith and drinking alcohol are incongruent. A person who drinks alcohol is not a believer and a believer does not drink alcohol. Second, Alcohol is mentioned next to clear instances of prohibitions, such as gambling and idol-worship. Third, the term abomination is used to describe alcohol. Fourth, drinking alcohol is introduced as a satanic activity. Fifth, the phrase ‘so avoid them’ is clearly stating to refrain from drinking alcohol. Sixth, the phrase ‘so that you may be felicitous’ shows that one will be successful if he refrains from drinking alcohol. Seventh, Satan wants to create enmity amongst mankind through alcohol. The tools of Satan must surely be prohibited. Eighth, the phrase ‘to hinder you from the remembrance of Allah,’ is another emphasis of our claim. Whatever causes one to forget about Allah is impermissible. Ninth, Alcohol keeps one from praying. And tenth, the phrase ‘will you, then, relinquish’ is also a form of emphasis.

It is narrated that Imam Baqir (a) said: “Disobedience to the order of Allah is mostly due to alcoholism. The alcoholic abandons prayer. He can even commit incest under the influence of alcohol; he loses his senses.”

Imam Jafar Sadiq (a) is reported to have said: “Certainly even if a person swallows only a mouthful of wine, at that very moment, the angels, the Prophets, and the righteous believers send their curses upon him. And, when he drinks enough to make him intoxicated, the spirit of belief leaves his body, it is replaced by the dirty, accursed, devilish spirit.”

The Quran stated that the sin of drinking alcohol far outweighs any benefit that can be taken there from. Let’s take a glance at what alcohol abuse does to the body. First, alcohol damages the brain. Different parts of the brain are more sensitive to alcohol than others. Alcohol abuse manifests itself both physically and psychologically. Physically it is manifested through loss of balance, impotence, numbness of the feet and hands, tremor, and even blindness. Psychological manifestations include a loss of intellectual ability, impaired ability to learn, and mental confusion.

The liver is severely damaged as well. Alcohol abuse leads to cirrhosis which in turn leads to liver failure, liver cancer, and even death. It also causes one’s stomach to endure chronic inflammation which leads to pneumonia, kidney and urinary tract infections, and kidney failure.

Alcoholism also affects the heart because it leads to high blood pressure making one at risk of heart failure or stroke. It also causes sexual problems in men. Therefore, alcohol harms one’s brain, heart, liver, kidney, and reproductive organs. Google the physical effects of alcohol and you will be amazed at how harmful this drug is.

Islam is also against the consumption of alcohol. It is actually against more than just the consumption, it is against every single part of the alcohol trade. There is one tradition where the Prophet (s) curses ten people. Each one of these people have something to do with the alcohol trade. The list of these people are: 1. The person who plants the seed with the intention of producing wine. 2. One who cultivates the plant so that wine may be manufactured. 3. One who crushes the grapes. 4. One who drinks wine. 5. One who serves wine. 6. One who transports wine. 7. One who takes delivery from the supplier. 8. One who sells wine. 9. One who buys wine, and 10. One who uses the income that is earned by making or selling wine.

Therefore, a Muslim cannot have anything to do with alcohol; he can’t drink it, can’t sell it, can’t buy it for someone else, can’t make it, can’t deliver it, can’t transport it, and can’t use any proceeds produced from it.

In addition to the consumption of alcohol being haram, it is also considered a najis substance. There are some differences of opinion regarding this issue, so I thought it best to explain.

Is Vegetarianism Allowed in Islam (1)?

Why did Islam expand and spread in Asia more than it did in Europe?

What is the Viewpoints of Islam and Christianity Regarding Allah?
Significant Advice for Mothers

Five steps to choose a spouse in Islam
Scroll to top