Blog - Latest News
You are here: Home / Islamic Rulling / Philosophy of Islamic Laws / What is the philosophy behind prostration on a piece of soil in the pr... 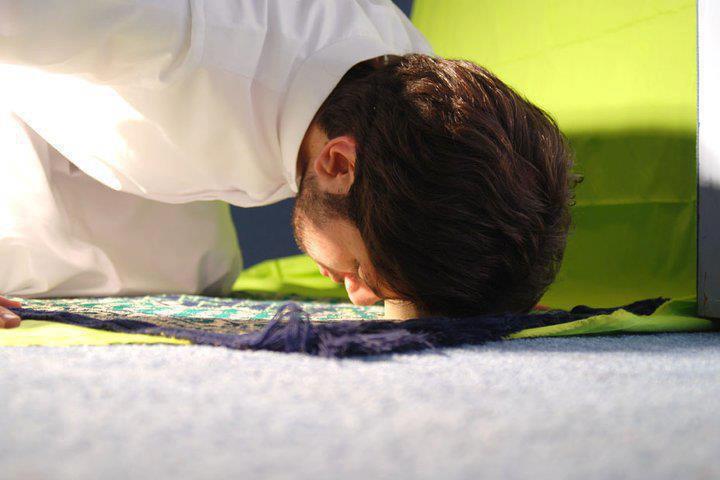 In prayer we must perform “Sajdah” or prostration, but the question is on which we are allowed to prostrate. There is a difference between Shia and Sunni.

At first we must say that Sajdah on the soil is something which is accepted by all groups of Muslims and the priority of the soil is understood through the Narrations that are narrated form the holy Prophet of Islam.

In addition to that, it is obvious that prostration on “soil” shows the very deep humility before our Lord.

It must be said that in Shia rules, we do not believe that it is obligatory to prostrate only on the soil, and we believe that we can perform Sajdah on some other things like stone.

One of the things which is a cause for blaming shia is this very matter of Sajdah on the soil, and we want to talk about it in detail.

We say: at first it must be enlightened that we do not worship a piece of soil that is used for Sajdah (which it is called in Arabic as Torbah, or Mohr in Persian).

You have might heard that the extreme group of Wahabis accuse Shia of being Moshrek(meaning: the one who worships anything besides Allah) and they call this piece of soil as an idol and they say Shia must be killed because of some faults like this idol, but we answer that:

We do not worship this piece of soil, and it is nothing special but just a piece of clean soil that is formed in this shape to be easy to be carried, and we believe that Sajdah on some other materials like stone is correct.

We have been advised and recommended by our infallible Imams to perform Sajdah on this soil.

Imam Sadiq peace be upon him said:

There are some benefits for this specific soil i.e. the soil of the land of Karbala, like:

-It is a way that reminds us that we are the followers and lovers of Imam Hussein.

Also it is a way by which we remember the truth and righteousness of all infallibles as the real successors of the holy Prophet of Islam. So it is as a kind of flag for us.

-We ask Allah to accept our prayer because of this specific soil; it means that we bring Imam Hussein which was a very pure and sincere servant of Allah, as an intercessor.

-By using this kind of soil, we remember the calamities and tragedies of the event of Imam Husain and the sincerity and purity and submission of Imam Hussein before Allah.

You know there are different ways for keeping the remembrance of Imam Hessian and his tragic event alive, like holding the Husseini ceremonies in which we remember the goals of Imam Hussein’s revolution and we commemorate and lament for him, so using this blessing soil of Karbala in prayer, is another kind of that.

-Through using this kind of soil we ask Allah to help us to be on the right and straight path which is the way which is shown to us by the infallibles.

What is the philosophy behind the importance of “expectation” for...
Scroll to top