You are here: Home / Islamic Rulling / Philosophy of Islamic Laws 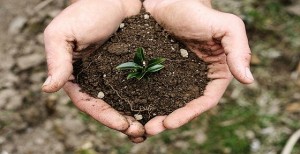 Numerous people question as to what benefit could the hitting of hands upon the earth and then wiping them over the forehead and the back of the hands possibly possess, especially in the light of our knowledge that very many kinds of soil are dirty, polluted and a medium for the transfer of microbes?

In answering such objections, attention ought to be paid to two points:

Tayammum is one of the acts of worship in which the ‘soul’ of worship – in the true meaning of the word – becomes manifest. This is because man wipes his forehead, which is the most honourable portion of his body, by means of his hands that have been struck upon the earth in order to exhibit his humbleness and humility towards his Lord as if to say:

My forehead and my hands are totally humble and subservient in Your presence – after which, he proceeds to engage himself in prayers or other acts of worship that require Wudu or ghusl. This, in itself, has a great effect in developing within the people a spirit of humility, subservience and thanksgiving.

Today, it has been established that soil, due to its containing numerous bacteria, is able to do away with contamination and pollution. These bacteria, whose work is to decompose organic substances and eliminate various kinds of infections, are generally located, in numerous numbers, on the surface of the earth or at less depths, where they are better able to benefit from the air and sunlight.

It is for this reason that an animal carcass or a human body – when buried after death, and similarly polluted matter that is on the surface of the earth – get decomposed in a comparatively short period, and in the face of bacterial attack, the infection gets destroyed. Surely, if the soil were not to have possessed such a characteristic, the entire planet, in a short period, would have transformed into a centre of infection. Essentially, soil possesses a property that is similar to an antibiotic and is extraordinarily effective in eliminating microbes.

Thus, pure soil is not only uncontaminated but instead, serves to eliminate contamination and in this respect it can, to a certain extent, be a substitute for water – the difference being that water is the dissolver, meaning that it dissolves the bacteria and carries it with itself whereas soil eliminates the microbes.

But it ought to be noted that the earth for tayammum should always be pure (Tahir), just as the Qur`an employing an interesting expression8 says: طَيِّبا 9

Interestingly, the use of the word صَعِيْد 10, which has been derived from the root صُعُوْد , is an allusion to the fact that it is better to use the soil lying on the surface of the ground for this purpose – the same soil, which receives the air and the sunshine, and contains the microbe-killing bacteria. If such a soil also happens to be pure, then tayammum by means of it shall possess the above benefits without carrying the slightest of detriment.

Undoubtedly, Wudu possesses two manifest benefits – the medical benefit and the ethical and spiritual one. From the medical point of view, washing of the face and hands five times a day or at the very least, three times a day, has an appreciable influence as far as the cleanliness of the body is concerned. Wiping the head and the exterior portion of the feet – the condition here being that the water reaches the hair and the skin – means that we keep these portions clean too. We shall allude later when discussing the philosophy of ghusl, that the contact of water with skin has a special effect in achieving the equilibrium of the sympathetic and parasympathetic nerves of the body.

As for the ethical and spiritual aspect, since it is performed for Allah and with the intention of pleasing Him, it possesses an educative influence; especially since its implicit meaning – from head to toe I strive to obey You – serves to corroborate this ethical and spiritual philosophy.

In a tradition, Imam ‘Ali b. Musa al-Ridha (a.s) says: “The reason why the order for (the performance of) Wudu has been issued, and (the reason) why the acts of worship should commence by it is that when the servants stand before Allah and converse with Him, they should be clean, away from uncleanness and pollution, and act in accordance with His orders. Apart from this, Wudu eliminates drowsiness and lethargy from man so that the heart can acquire the purity and luminosity for standing in the presence of Allah.”3

Some people question: Why does Islam order a person in the state of ‘janabat’4 to wash his entire body whereas it is only a particular organ that becomes unclean? Is there a difference between urinal emission and seminal discharge so as to necessitate the washing of only the organ, in the former, but the entire body, in the latter?

There are two answers to this question – one brief and the other comprehensive.

The brief answer is that the discharge of semen from the human body is not an act that is restricted to just one part of the body (unlike urine and other body wastes), a claim which is substantiated by the fact that the effect of the discharge becomes manifest on the entire body. Subsequent to a discharge, all the cells of the body slip into a characteristic lethargy; which is an indication of its effect on all the parts of the body.

Studies conducted by scientists reveal that within the human body there exist two vegetative nervous networks which control and regulate all the activities of the body. These two nervous networks – the sympathetic nerves and the parasympathetic nerves – are spread out throughout the body and around all the internal and external systems and tracts.

The function of the sympathetic nerves is to accelerate and stimulate the activities of the various tracts of the body, whereas the parasympathetic nerves function to decelerate and diminish them. In effect, one plays the role of the accelerator of an automobile while the other plays the role of the brakes; with a balanced functioning of these two sets of nerves, the systems of the body work in a balanced and normal manner.

At times certain occurrences in the body disrupt this balance and equilibrium – one of these being the issue of ‘orgasm’, which is usually contemporaneous with a seminal discharge.

It has also been established that amongst the things that could force the sympathetic nerves into activity and re-establish the lost equilibrium is contact of water with the body, and since the effect of orgasm is noticeably felt on all parts of the body and the equilibrium existing between these two sets of nerves is disrupted all over the body, hence it has been ordered that after sexual intercourse or seminal discharge the entire body should be washed with water so that as a result of its regenerative effect, equilibrium is once again established between these two sets of nerves all over the body.5

Of course, the benefits of ghusl are not just confined to the above for, in addition to this, it is also a form of worship whose ethical influence cannot be denied. It is for this reason that if the body is washed without the intention of seeking His pleasure and in compliance with His orders, the ghusl would be deemed to be incorrect. In reality, seminal discharge or sexual intercourse tends to affect the soul as well as the body – the soul gets drawn towards material pleasures, while the body is overcome by listlessness and stagnation.

The ghusl of janabat,6 which is a washing of the body and also of the soul (due to its being performed in compliance with Allah’s orders and with the intention of seeking His pleasure), exercises a two-fold effect upon the soul and the body – leading the soul towards Allah and spirituality while at the same time leading the body towards cleanliness, liveliness and activity.

In addition to the above, the obligation of the ghusl of janabat is an Islamic compulsion for maintaining cleanliness of the body and observance of hygiene throughout the life. There are numerous individuals, who are neglectful of their cleanliness and hygiene, but this Islamic ruling forces them to wash themselves at regular intervals and keep themselves clean. This is not specific to the people of the past eras, for even in our times there are numerous such individuals, who, for various reasons, tend to be neglectful of their cleanliness and hygiene (however, this is a general and universal rule which includes even one who has recently washed his body).

The abovementioned three aspects clearly illustrate why the ghusl ought to be performed and the entire body washed after a seminal discharge (sleeping or awake) and similarly, after sexual intercourse (even if not accompanied by a seminal discharge.