Blog - Latest News
You are here: Home / Islamic Rulling / Philosophy of Islamic Laws / The Qur’an is safe from distortion 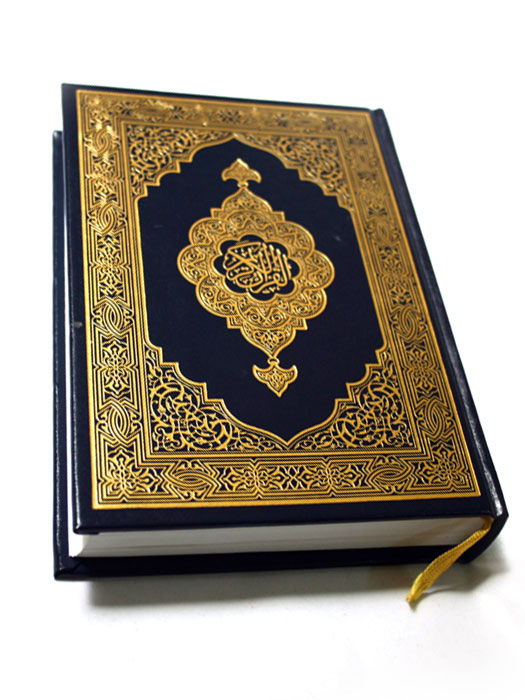 Question: Was the Qur’an revealed to the Prophet of Islam (s.a.w.a.) in the same form as it is presently? And what is the proof of that there was no tempering with it?

Answer: It should be kept in mind that the song of tempering with Qur’an was mostly sung by the Christians and the Jews. Since according to the admitted testimony of history the heavenly books of both those religions had became prey to change and tempering as the time passed and have lost their original charm, value and credence. That is why they make efforts that the Holy Qur’an also be polluted with allegations of distortion.

History testifies that copies of Taurat were destroyed many a times during different historical calamities and especially in attack by Nebuchanezzer on the Jews. Afterwards some Jew scholars rewrote it.1

Testimony is available that all the four Gospels were written many years after Hazrat Isa (a.s.) by some people. That is why there is no trace of the Injeel, which was sent down on Hazrat Isa (a.s.).2

Those people who have kept the foundation of all their religious principle and the field of knowledge on books, which has become so much unreliable, unauthentic and without any real value, they like that the Holy Qur’an also should be brought to face this same kind of destiny and say that with passing time the Holy Qur’an also became prey to distortion. Though in all the periods of Islamic history the collection and care of the Holy Qur’an was never worthy of comparison with the history of Taurat and Injeel in the periods of Judaism and Christianity.

History shows that the style of the Holy Qur’an never in any Islamic period came face to face with ambiguity and complication. In this regard we should pay attention to two postulates, which provide answer to many questions.

(1) The Holy Qur’an is such a book, which had established revolution in all the spheres of social life of Muslims. It scattered their previous life and in that place gave existence to a new life, the foundation of which was secured on the belief of human rights.

On this basis the Holy Qur’an was such a book, which was consistent with the actual conditions of Muslims and they were getting their political, worldly life, laws of etiquette to the extent that their homely customs and compliments were also derived from this heavenly book. They were contacting with this book during Prayers five times a day. And lastly they use to turn first towards the Holy Qur’an in all the affairs of their daily life and then to Holy Prophet’s (s.a.w.a.) traditions and manners.

How then is it possible that distortion can take place in the book, which is so much engrossed in the life of people and they turn towards it and take benefit from it to such an extent. And neither common nor the scholars had noticed this happening? Is there a possibility that distortion might have taken place in the Holy Qur’an and nobody even took note of it?

It is something like that we think it to be possible that in some big community of the world, tempering with their basic laws is done and no one pays any attention to it? Is it possible that the basic laws of any community become prey to tempering but people do not understand anything? And no voice of protest is raised?

The influence of basic laws on the communities of the present world is less than the influence of the Holy Qur’an on the community life of Muslims many times more. And that way people used to commit it to the memory that if there had been a slightest tempering in that it would have faced too much of protest, rejection and rebuttal. And objection would have come from all the corners.

According to Tarikhul Qur’an by Abu Abdillah Zanjani, in the time of the Holy Prophet (s.a.w.a.) many learned Muslims whose number is written to be as much as 43, as per the order of the Prophet (s.a.w.a.), every Ayat and Surah were being written as soon as they were revealed. And those written texts of the Holy Qur’an were being kept among Muslims with every possible efforts and arrangement the care was taken.

Out of them those well-known gentlemen, who with regard to the copying of the Holy Qur’an doing arrangement which was many times more compared to others. Among them the name of Imam Ali Ibn Abi Talib (a.s.) tops the list. Thus the copies of the Holy Qur’an, which were written by young people, were present among the Muslims. And they used to come to them day and night with respect to recitation and getting benefit of the Holy Qur’an.

Other than that, many of the Muslims had remembered by heart the Ayats and Surahs of the Holy Qur’an. They were very careful in memorizing the Holy Qur’an. And they made efforts that not a single word of that heavenly book be forgotten. Those gentlemen were called Qari (reciter of Holy Qur’an) and people with regard to the recitation of Qur’an, use to turn always towards them and get the benefit.

Muslims were so strictly guarding and taking care and were vigilant against the tempering of Qur’an that in the time of Caliphate of Abu Bakr many reciters of Holy Qur’an were killed in the battle of Yamama, so Muslims decided to pay more attention towards guarding and protecting the Holy Qur’an. And to fulfill this purpose they collected all the copies of the Holy Qur’an at a place and they ended all the possibilities of increase or decrease in it.

Once again more vigorous attention was paid towards guarding those copies of the Holy Qur’an. In the Caliphate of Uthman also four editions were prepared from the original copies and were sent to all the Islamic provinces so that they all make the copies which they held before according to the one sent to them. And while reciting the Holy Qur’an they follow them.

The gentlemen who were reciters of Holy Qur’an and other Muslims paid attention towards guarding the Holy Qur’an to such an extent that one day between Ubayy bin Ka’ab and the Caliph of that period Uthman a difference arose regarding the Ayat No. 34 of Surah Tawbahh.

Uthman bin Affan said that in the revelation by Allah the word Al-lazina is there (i.e. without Waw) and this letter should be removed from the editions of the Holy Qur’an. Whereas Ubayy’s stand was that we have heard this Ayat from the Prophet (s.a.w.a.) in this way only. When the discussion prolonged Ubayy suddenly said in a very harsh tone:

“I will put sword on the shoulder and spill the blood of the person who wishes to remove this alphabet from Qur’an.”

Due to insistence of Ubayy the caliph took back his words.

When this all took place on the question of removing just one alphabet can it be said that the Qur’an has become prey to distortion? And some of it Ayats are omitted?

Other than the two basic things narrated above it should also be remembered that in many Ayats of the Holy Qur’an specific mention is there that there will be no tempering and that this heavenly book will remain protected from any alteration. It is stated that:

“We have sent Qur’an, and We are its Protector and Caretaker.”3

Islamic scholars and intellectuals also have in the books of exegesis and theology specifically mentioned that Islamic experts have consensus that there has been no change or tempering in the Holy Qur’an and if any such person who is born from among the wise persons also who has trust on the subject of the tempering, then the reason of his belief are the forged traditions which has been added into the books of traditions by those selfish people. Otherwise in the Holy Qur’an itself there is no indication whatsoever regarding their claim. It is obvious that such false traditions are eliminated from the angle of credence.

In other form under the influence of those traditions such belief is created whose real meaning and sense is not revealed till now. Anyway many of our intellectuals and research scholars have written books regarding this and have amply proved that alteration or change in the Holy Qur’an is not possible at all.

As regards the traditions that Amir al-Mu’mineen Ali (a.s.) had a copy of Qur’an, which was different from other copies. These traditions are not contrary to the issue of non-existence of tempering in the Holy Qur’an. Because as the scholars have said, the Qur’an, which was collected by Amir al-Mu’mineen Ali (a.s.) consisted of explanation of circumstances of revelation of Ayats and commentaries and its elucidation, which he had heard from the Holy Prophet (s.a.w.a.). And its difference with other editions of the Holy Qur’an was not regarding the original text of the Qur’an, but it was only regarding this.

The Order of Revelation of Surahs of The Holy Qur’an And The Scribes of R...
Scroll to top