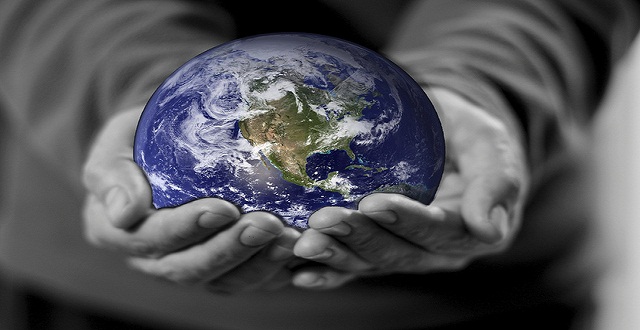 Because we are nurtured in the wondrous world of creation and we are familiar with it, we may be unaware of the importance of many of its wonders such as:

1. Insects and very tiny animals live around us, which if measured, would not even be two millimeters but just like large animals, they have hands, feet, eyes, ears, even brains, awareness, a certain series of nerves and digestive facilities.

If we put the brain of an ant under a microscope and if we study its amazing structure with care, we would see what a strange and interesting body it has. The various parts are placed next to each other, each gives a command to a certain part of the tiny ant’s body and the slightest change in any of these areas would paralyze a part of its body.

The strange part is that in this small brain, which is much smaller than the head of a pin, lies a world of awareness, wisdom, civilization, taste and art. It is such that a group of scholars spend many long years of their lives, studying these animals. They include the interesting points in the books that they write for us.

Can the person who created all of this awareness, wisdom, taste in such a small animals be a nature that does not itself have even a pin-head’s amount of awareness and wisdom?

2. In the mysterious world, we know that the smallest creature recognized to date is the ‘atom’. The ‘atom’ is so small that even the strongest microscope, one which shows a piece of straw like a mountain, is not strong enough to see one.

If you want to know how small an atom is, know that one drop of water has more atoms than the number of people upon the earth and if we want to count the protons in one centimeter of a thin wire and we get 1000 people to help us and if in each second, we separate out one of them, it will take 30 to 300 years (depending on the number of atoms) of working day and night to count all of them.

Now that you have understood that one centimeter of a thin wire contains so many atoms, just think about how many atoms are in the heavens and on the earth; in water and the air and the stars and planets and the galaxy!!

Does one’s mind not tire just thinking about it? No one other than their Creator is worthy to count them.

Atoms Give us a Lesson in Monotheism

Learning about atoms, which are among the most important scientific discussions today, this tiny thing gives us a glad and happy lesson in monotheism because the world of atoms call our attention to them in four areas.

1. The extraordinary sense of order. To date, more than 100 elements have been discovered beginning gradually with one electron and accepting up to over 100; this amazing order could never be born from an unaware or unintelligent factor.

In addition, we also know that the encirclement of electrons around a nucleus brings a repulsive force into being (flight from the center). Thus the pull of this force draws electrons away from the atomic environment. The atom is separated and its attractive forces want to attract the electrons and destroy the atom.

It is here that one must see how accurately the force of ‘attraction’ and ‘repulsion’ have been systematically arranged in atoms so that neither do the electrons flee nor are they attracted, but are always in a state of balance, continuing their movement. It is possible that a blind and deaf nature bring this balance into being?

3. Each upon its own way: We have said that some atoms have a multiple number of electrons but not that all of the electrons move in one circuit, but rather, in multiple circuits and each electron in a determined distance, each within its own area, with great speed move like this for millions of years, without any contradiction arising between them.

It is a simple issue to place all of these in a fixed circuit and movement with an unbelievable system of order?

4. The great energy of the atom: In order to understand the great strength of the atom, just consider that in 1945, an experimental atom bomb was set off in the wilderness. A very small atomic bomb was placed upon a metal stand. After the explosion, the metal melted and then set off steam and electricity and a frightful sound was heard. When scientists went to look for it, there was no sign of it.

Is it not sufficient to simply study the small atom for the human being to come to know the greatness of the Creator of the universe? It can then be said that there are as many reasons for the existence of God as there are atoms in the universe.

“And if all the trees on earth were pens and the ocean (were ink), with seven oceans behind it to add to its (supply) yet would not the words of god be exhausted” … (31:27)

1. Do you know other things about the life of ants?

2. Can you draw the structure of an atom on the black board?

Appendix to Lesson Ten: How Splendid Are God’s Qualities

Know that to the same extent that realizing the existence of God through studying the secrets of the created world is easy, learning of His Qualities is difficult and requires a great deal of care and caution.

You probably wonder why. The reason for this is clear because God does not resemble anything we have ever seen or heard. Thus the first condition to recognize God’s Qualities is to negate all of the qualities of creatures, that is, not comparing Him to any limited creature of the world of nature.

It is here that our task becomes difficult because we have grown up in the heart of this nature. Our contact has been with nature. We have become familiar with it. Thus we are inclined to compare everything with it.

In other words, whatever we have seen has had a material form. Some of the creatures which have a determined time and place, have a special dimension and form. Because of this, conceiving of a God Who neither has eyes, nor time, nor place, but, at the same time, He overlooks all times and all places and is unlimited from all points of view, is a difficult task. That is, it requires that steps be taken along this way with great care.

But it is necessary to remind ourselves here of this point that we can never come to know God’s Essence and we should not expect that we could because such an expectation is like expecting to contain the endless seas in a glass or expect that a child, which is developing in its mother’s womb, know about all of the world outside of the womb. Is this possible?

It is here that such a small blunder will cause a person to fall tens of kilometers from the main way of coming to know God and become waylaid in crags of idol worship and the worship of creatures. Note with care that, in summary, we must be conscious of never comparing God’s Qualities with the qualities of creatures.

The Qualities of Majesty and Beauty

The Essence of God is an essence which is infinite from all points of view and it contains all perfections.

From the point of view of Qualities which God does not contain, they can be summarized in the following sentence. The Essence of God is not imperfect from any point of view.

The Most Well-Known Qualities of God

The most famous demonstrated Qualities of God can be summarized in the following:

2. God is Powerful (Qadir): He has ability over all things.

3. God is the Living because something which is living has wisdom, power and because God is Wise and Powerful, thus He is Living.

4. God is the Willer (Mur’id), that is, He has a Will power and He is not obliged in His work and whatever He does, has a goal and wisdom and even the smallest thing in the universe does not lack a philosophy and a goal.

5. God is Perceiving (Mudrek), that is, He understands and perceives all things. He sees everything; he hears all things and He is aware of all things.

6. God is Primordial and Eternal (Qadim and Azali), that is, He always was and His existence has no beginning because He always boils from His inner Essence and because of this, He is primordial and eternal because a person whose being is from he himself has no non-existence or annihilation.

7. God is the Speaker (Mutakalim), that is, he can create waves in the atmosphere and speak to his Prophet, not that God has a tongue or lips or a larynx.

8. God is Truthful (Sadiq), that is, whatever He says is the Truth and is equivalent to reality because lying comes from ignorance or from weakness and a lack of Power and it is impossible for God Who is Knowing and Powerful, to lie.

The most well-known negation of Qualities of God

1. He is not a composite. That is, He does not have mixed elements because in this case,
He would be in need of other elements, whereas, He is in need of nothing.

2. God is not a body because everybody is limited, unstable and accepts annihilation.

3. God is not visible. That is, He cannot be seen because if He could be seen, He would be a body, limited and accepting annihilation.

4. God has no place because He is not a body to require a place.

5. God has no partner because if He had a partner, He would have to be a limited creature because two non limited, from every point of view, is not possible and in addition, the unity of law of this world shows His Oneness.

7. God is Needless and Self-sufficient. He is rich and containing everything because an endless being from the point of view of knowledge, power and all things has no deficiencies.

1. Do you know another reason for the Oneness of God and His not having a partner?
2. Have you heard that some religions believe that God is three and some believe that He is two? Which religions are these?