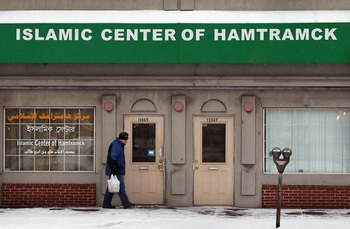 The U.S. city of Hamtramck has recently elected a Muslim-majority City Council for the first time in the country.

The town of Hamtramck, in the state of Michigan, was a long-time Polish-Catholic enclave, but it has been demographically changing recently, and the election has shown how far the city had come. The three people who received the most votes were Muslim, two were incumbents – Anam Miah and Abu Musa – and the third, newcomer Saad Almasmari. They had the highest number of votes overall in last week’s election.

The 28-year old Almasmari is a student, who moved to the United States in 2009 and became a citizen two years later.

In a statement, community leader Bill Meyer said: “Hamtramck has made history. The election was far from close, with the three Muslim winners each gaining over 1,000 votes while the other three candidates garnered less than 700 votes each”.

Although the percentage of Muslims who reside in the town is unknown, a recent U.S. estimate describe the city as currently 24 percent Arab, 19 percent African, 15 percent Bangladeshi, 12 percent Polish and 6 percent Yugoslavian. Estimates of Hamtramck’s Muslim population are between 30 to 50 percent.

According to Meyer, the City Council’s incumbent Muslim council members have proven themselves to the city, saying that they have “helped bring stability, security and sobriety while lessening the amount of drugs and crime in the city”.