Blog - Latest News
You are here: Home / Beliefs / God and His Attributes / Love for Insects and Flowers 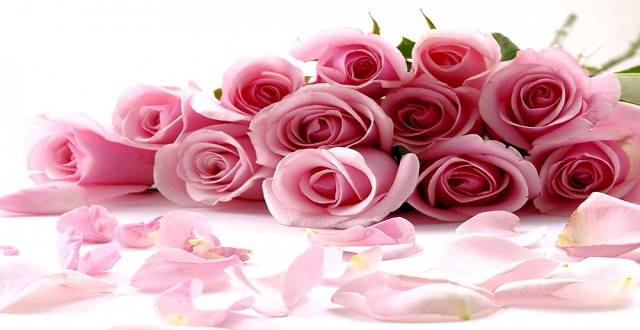 One spring day when the weather is, little by little, growing warmer, make a visit to a park or a farm. You will meet up with all sorts of small insects, honey bees, flies, butterflies and mosquitoes, who, without making a sound, fly from one flower to the next and from this branch to that branch of the trees.

They are so busy with their work that one could imagine an employer is overlooking their progress and continuously telling them what to do. Their wings and feet are colored yellow by the pollen of the flowers, giving them the look of workers who have put on their work clothes and with love and seriousness, they continue their work.

In truth, they have a very important assignment which is so great that Professor Leon Briton says, “Few people realize that without the work of insects, our fruit baskets would be empty.”

And we add this sentence, “The next year, our green gardens and pastures would be completely lost.” Thus, insects are, in reality, the real nourishers of fruit and providers of flower seeds.

You most probably ask why. Because the most sensitive act in the life of flowers is performed with their help. You have probably heard that flowers, like many animals, have two parts, masculine and feminine, and that reproduction takes place through their union, giving us seeds and fruit.

But have you ever thought how the two parts of flowers, which do not move, are attracted to each other? And how the male spermatozoa mix with the female ovary and provide the beginning of a marriage between the two?

This work is most often the work of insects and, in some cases; it is the work of the wind. But this is not as simple as we think it is. This fruitful marriage, in which insects act as the intermediates, has a history, formality and long adventure, only a small part of which we mention here with a short story.

Flowers have always stored sweet nectar within themselves in order to further attract and sweeten the relationship. At the time when insects enter the flower in order to transfer the masculine group, provide the preliminaries for the marriage and pregnancy, the flower freely gives of its sweetness to them. This sweet and valuable sugar is so good tasting to the insect that they are naturally pulled towards it.

Some botanists believe that the beautiful colors and good smelling perfume of flowers also play an important role in attracting the insects to them. Various experiments with honey bees have shown that they distinguish colors and the aroma of flowers.

In reality, it is these flowers which grow for insects and have a good-smelling aroma in such a way that a butterfly and honey bees are attracted to them. They accept the invitation with all of their being and quickly begin the preliminaries and eat of their sweetness.

This very sweetness is a special kind of sugar which is considered to be the best food for insects. When it is stored in one place, it makes honey because insects are attracted to flowers. It eats some of this sweetness and takes most of it with them to their honeycomb to store. This is a contract of friendship and love which is based on mutual interest, always existed and will continue to exist between flowers and insects.

Who gave this special sweetness and good tasting nectar to flowers? Who granted flowers these attractive colors, beauty and this sweet-smelling perfume? Who invited in sects towards it? What were the fat and tiny bodies of insects, butterflies, honey bees and golden bees given to make them prepared to collect the pollen of flowers?

Why do bees, for a certain period of time, move towards one kind of flower? Why did the life of flowers and insects begin at one time in the created world?

Can anyone – no matter how stubborn – accept the fact that all of these events were without any plan or pre-design? And the unconscious laws of nature automatically brought such wondrous scenes into being? Never!

“And thy Nourisher taught the bee to build its cells in hills, on trees and in habitations then to eat of all the produce (of the earth) and find with skill the spacious paths of its Nourisher…” (16:68-69)

1. What use does the sweetness, color and perfume of flowers have?
2. What do you know about the amazing life of honey bees?

In the World of Infinitely Small Things
Scroll to top