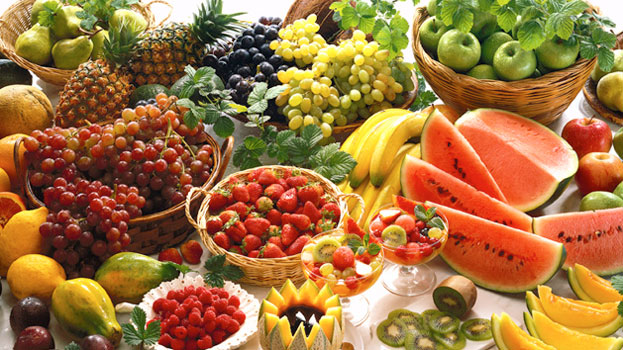 A major argument put forth by vegetarians is that an animal has to be slaughtered and this fear within the animal will adulterate it’s flesh and lower the charge in the energy of the meat, thereby causing harm to whosoever eats the meat (as documented earlier). However,  the Islamic method of slaughtering creates honor and reverence in the slaughter, and this act carries no traumatic frequencies that could unbalance the electrical matrix of the meat.

Surprisingly, Heistand and Coleman (1999) quote an experiment in which the frequency of energy contained within the carrot had a bigger change when pulled from the ground than a cattle beast’s energy change when slaughtered. This means that the carrot actually screamed louder than the cow.
The criticism of the slaughter of animals by the opponents of Islam is unreasonable. Animals have been created by the creator to provide food for the human beings. There is life in everything man or animal eats or drinks. Therefore, saving or sparing life is not possible. This is the law of nature. The very existence of life depends upon the proper consuming of life. Life in the lower stages of creation has been purposely created to be sacrificed to serve the survival of the species in the higher realm.

Similarly, man has been created to sacrifice his self, which is dearest to him, to reach the higher realms of divinity or spiritual bliss. It is true that purposeless slaughter of animals is a waste of Allah’s bounty when it is carried out in contravention to the laws of the author of nature. Even for those who hold animals sacred, the surest way to show their concern is to slaughter them at the proper time, because one day they will be eliminated by death. Therefore, if an animal is to die anyway, it is better to use it for sustenance of human life, rather than letting it go waste. The merciful creator, therefore, has allowed slaughter of animals for the sustenance of human life.

In the days of ignorance, man sacrificed man to please his man-made gods. Islam stopped this practice. Instead, to keep alive the spirit of the intended sacrifice of Ismail by Ibrahim, to show his obedience to his Lord, sacrifice of animals has been prescribed. On the other hand, Islam prohibits purposeless killing of animals. As long as a haji is in ihram, he cannot kill even a mosquito. Hunting is not only forbidden during the hajj but also as a sport in ordinary life. Imam Ali, on his deathbed, asked his children to take care of the birds he had domesticated, or else to set them free. Once, a disciple of Imam Ja’far al- Sadiq killed some pigeons in exasperation. The Imam asked him to give one dinar in charity for every pigeon he had killed as expiation.

Once, the companions of Imam al-Hasan tried to make a dog run when the unclean animal came near them while they were having meals with the Imam. The Imam prevented them, began to eat one morsel himself, and gave another to the dog. He said:

I should feel ashamed if a creature of Allah looks at my food and I turn it away.

Clearly, the system of creation, which has overall control on all the creatures, has ordained that man should get nourishment from meats, etc. Then it has guided the previous parts of existence towards it. It is the system, which has created in human beings the ability to get sustenance from both animals and vegetables. He has, in the front of his alimentary system, the teeth some of which are made to cut, the others to break, some to tear and others to grind. They are called canines, molars, premolars and incisors. Man is not like goat or cow, which cannot cut or tear apart, nor is he like the beasts of prey, which cannot grind or incise.

The faculty of taste with which his mouth is equipped finds the taste of meats pleasant. Then other organs of his digestive system likewise find the meats delicious and long for it. All this is a part of creative guidance, which proves that the Creator has given him permission to use and eat various meats. How can we separate this creative guidance from lawfulness of the work, which this guidance leads.

Islam is a natural religion. Its only aim is to revive the tracks of nature, which the human ignorance has obliterated. It is bound to declare lawful what the creation guides to and the nature decrees. Islamic Legislation revives this natural commandment. And in the same way, it restores other arrangements, which the Creator has ingrained in our nature. We have already mentioned that it confirms the decree of reason that one should abstain from such meats, which are harmful physically or spiritually. And, it strengthens the inner feelings by prohibiting what the normal human nature dislikes or feels aversion. These two principles ultimately are based on the Divine management of the creation. Islam has given credence to them. It has prohibited that which harms the growth of the body and has forbidden that which is injurious to the well-being of human society. For example, that which has been slaughtered in the name of other than Allah or that which has been obtained through gambling and dividing with arrows and so on, and it has prohibited those repulsive things which the nature abhors.

There is no doubt that mercy is a fine gift of Allah, which has been ingrained in the human nature and in many animals as well, as we have sometimes observed. However, the Creator has not given it the status that it should enjoy absolute power over all affairs, or should command unqualified obedience. The creation itself has not given the mercy free rein; otherwise, there would not have been in this world any trace of grief, disease, suffering and various types of tortures and oppressions.

Moreover, human mercy in itself is not like justice, inasmuch as it is not an absolute noble characteristic, which admits no restriction. Had it been so, then it would not have been proper to punish an oppressor for his oppression or to penalize a criminal for his crime; nor would we have been allowed to confront a transgression with similar action. If mercy means this, then the earth and all that is on it would perish. However, Islam has not neglected the demands of mercy altogether, because it is among the creation’s gifts. It has ordered us to deal with the animals with mercy. It has forbidden us to torture the animal at the time of slaughter. It does not allow dissecting the limbs of the slaughtered animal before it has died, nor is it allowed to skin it while it is alive.

The Top Recommended Food in Islam (1)

Is Vegetarianism Allowed in Islam (1)?

Islam and the Contemporary Man - eBook

What is the Viewpoints of Islam and Christianity Regarding Allah?

10 Islamic Manners on the Dining Table (1)
Scroll to top