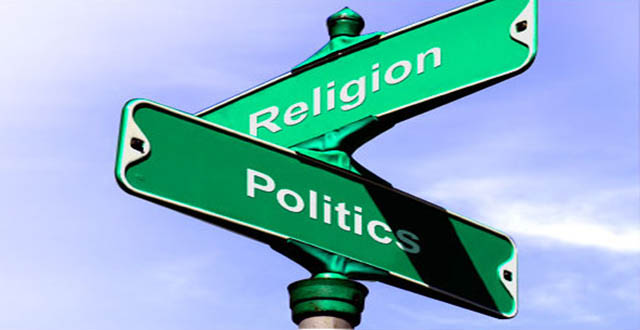 Imam ‘Ali b. Musa al-Rida (ع) has said the following in one of his statements regarding the necessity of an Islamic government: “We have not found any nation that has survived without a leader. This is because the regulation and management of their religious and worldly needs depends upon a responsible leader. It is far from the wisdom of Allah to leave His servants without a leader while He well knows that they need a ruler who would give the society structure and stability. A leader that would lead the people in war against the enemies, distribute the wealth amongst them, lead the Friday prayers, and protect the oppressed against the tyrants.”[1]
From another point of view the rules and regulations of Islam are such that they depend on a government and without which, Islam cannot remain alive. Because of this Imam ‘Ali b. Musa al-Rida (ع) has referred to the Friday and congregational prayers being conducted by the leader. In another statement he says: “If Allah had not placed a reliable and trustworthy leader amongst the people, the religion of Allah would surely have finished, the laws of Allah would have changed, innovations would have arisen in religion, irreligious people would have changed the faith of Allah and added and subtracted things from it, and doubts would have arisen about Islam amongst the Muslims.”
For this very reason it was well known amongst the Muslims, and even amongst the non-Muslims, that Islam has a specific system of government and that the government of the Noble Prophet (ص) in Medina was a clear example of such a system.
In the year 1343 AH, ‘Ali ‘Abd al-Razzaq, in his book Islam and the Principles of Government, denied the Prophetic government and claimed that the Prophet Muhammad (ص) was simply a prophet sent by Allah (awj) to the scholars of the world and that he in no way took steps towards the formation of a government. He did this at a time when Kamal Ataturk rejected the government of the Ottomans and laid the foundations of his secular government.
At the same time in Egypt, the followers of the caliphate chose Sultan Fuad as the leader of the Muslims and placed him in the seat of power. The fact that these events occurred concurrently shows that ‘Abd al-Razzaq was influenced by the secular thoughts of the West and wrote these matters by taking inspiration from the writings of secular philosophers and political scientists.
‘Abd al-Razzaq claimed two things:
1. What the Noble Prophet (ص) established in Medina was not a government.
2. What was set up in Medina was not religious.
In order to prove the first point he places emphasis on the fact that what the Noble Prophet (ص) created in Medina did not have any of the qualities of a government.
In order to prove the second point he says that the degree and stature of Prophethood spurns politics and government.
In order to answer the first point we must pay attention to the fact that the consequence of holding that a specific form of government should be the standard by which we judge if something is a government or not would be that none of the nations of the past have ever had any governments. Therefore a more general definition of government must be given so that it can be true for various forms of government. Such a definition can be put in the following way: Government is a collection of organized powers that has as its duty the management of the affairs of society. In this definition, government is comprised of various governmental structures like the legislative, judicial, and executive branches of government. According to this definition of government then, that which the Noble Prophet (ص) created in Medina was a government in the real sense of the word since he created an organized power structure that had as its responsibility the management of the affairs of society. From the time of the Prophet until now, many books have been written regarding the management system of his government.
Now when we pay attention to the following points, the religious nature of the Prophet’s government will become clear:
1. The rules and regulations of Islam are such that without a government, they cannot be implemented; for example rulings pertaining to the executive, judicial, or monetary systems of Islam.
2. We have proofs to show that the rule and running of the affairs of society are the prerogative of the Noble Prophet (ص).
3. If Prophethood were really at odds with government then why would the Noble Prophet (ص) take steps towards the creation of a government? Why would he waste his time and energy in this regard? If it were asked that does this “misappropriation” of effort not show irresponsibility, it would be answered that the Noble Prophet (ص) started this work for the propagation of religion and in order to fulfil his apostleship. This answer shows the interrelationship of religion and politics from one point of view. Of course it does not answer the question as to why he himself took the establishment of religion into his own hands, while he could easily have placed the responsibility in the hands of some other reliable friend like Imam ‘Ali b. Abi Talib (ع).
In any case, we can really only understand and criticize what ‘Abd al-Razzaq wrote over 70 years ago—something existing in its various forms in the Muslim world today—when we examine the context and culture in which this thought took shape, viz. the West. In order to understand the philosophy and culture of the West, we must have a look–though cursory–at the history of Christian thought that forms the cultural matrix of the Western world.

Islam and Religious Pluralism - eBook
Did religion come to imprison us or to set us free?

Why aren’t the Imams’ names clearly mentioned in the Quran?
Scroll to top