Blog - Latest News
You are here: Home / How to do / How to Be a True Faithful/Good Believer? 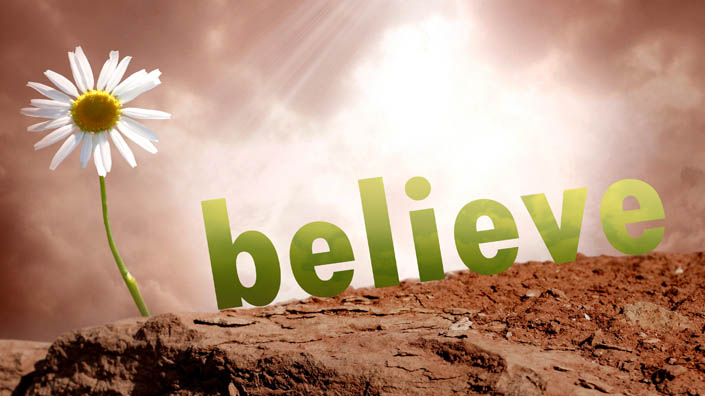 The Holy Prophet Muhammad (s) describes the believer in his sermon:

“Blessed is he who earns his living through lawful ways and he whose inward status is good, outward is decent; spends his surplus wealth in charity; abstains from excessive talking; people remain safe of (any) evil from him; he treats others with justice. Surely whoever believes in Allah fears Him, and whoever fears Allah guards himself against the evils of this world.”

Let us ponder on the meanings, thoughts, and instructions of these everlasting words of the Glorious Messenger of Allah (s) in order to understand and apply them in our daily life. We can learn morals, good behavior, laws, and a whole system of life from Prophet Muhammad (s) who made clear the right path for us in order to guide us, so that we could purify ourselves and inform the rest of society.

Surely, the Messenger of Allah Muhammad (s) wanted, through his sermon, to teach us various things. Among them is that a believer is one who deserves Allah’s pleasure and for him there will be a good life and happiness in this world and in the Hereafter. The believer is the one in whom the following characteristics are found and it is up to you to be one of them by applying these instructions:

Congratulations are for the servant of Allah, who makes his living through lawful means and does righteous deeds; and, as the result, he leads a fulfilling and successful life both in this world and in the hereafter.

The Messenger (s) certainly wants us to earn our living through lawful ways and avoid what is unlawful.

Congratulations are for whoever improves his moral behavior. Indeed, happiness and a good life are found where there are good morals and other people are treated well. These are well-known attributes of a believer and of a praiseworthy character.

In the sermon, Holy Prophet Muhammad (s) praises faithful men who are simple-hearted, i.e. he who bears no evil in his heart towards anyone nor is hypocritical, hasty or deceitful, but whose heart is pure and his self is cleansed against any filth or evil.

The believer of whom the Messenger (s) praises his character and attributes is also the one who spends whatever he can out of his own wealth in charitable and benevolent programmes, and deeds, seeking Allah’s pleasure.

A believer is the one who strives to obtain his living through lawful means and not depend on others, dissatisfied with unemployment and squandering time. He uses his income thriftily on himself and provides for his family according to their needs, while he spends the rest in the cause of Allah. Never is any money amassed for its own sake or deprived from helping the poor and needy as this is against Islam.

Another characteristic of a believer who deserves a good life and pleases Allah is in the way of speaking. Controlling the tongue eliminates all idle chatting and presents one from interfering in or provoking any hostility. A believer says nothing which displeases Allah, the Almighty and instead voices what is useful in knowledge and advice, in uttering what is good and saying what is righteous.

A believer never does harm to others. People will feel safe and secure when they live with a believer because he is the doer of good, who shows his love of good by performing it and his dislike of evil by avoiding it.

Apart from this, he is also just and never forfeits the rights of others. He respects another’s rights and abides by them.

In the same sermon, the Messenger of Allah (s) explains that belief in Allah and knowing Him makes a man fearful of committing sins and evil deeds. He, who fears Allah, never becomes over-involved with the life of this world in which people strive against each other for mere material gain. Instead he directs himself towards life in the Hereafter and strives for its sake.

In the end, these characteristics are only found in truly faithful persons who know Allah well and fear His punishment because those who know Him do not think much of this world’s life, and wish only to achieve the performance of as many good deeds as possible in it, in order to be rewarded in the life hereafter.

How to Become Free from Sex Desire?
Scroll to top