Home / Lifestyle / How I Found My Happiness?

Posted by: amin edrisi May 11, 2019 in Lifestyle, Youth Comments Off on How I Found My Happiness? 356 بازدید 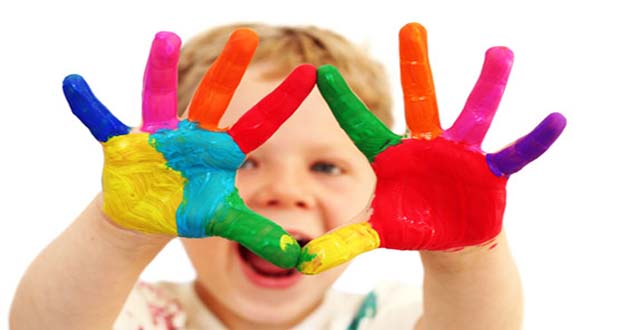 In 1968 I was born and raised in Hannover, a big city in Germany as a Christian, a Protestant, just because my parents were Christians.
All my life I believed in God but I have never been too religious.

When I prayed I prayed to God, not to Jesus. I never went for prayer into the church because in my opinion it wasn’t necessary, you can do the same at home to be close to God.

At 22, I got married to a Catholic and I’ve got three wonderful children. I taught them that God is always close to them and He protects us with His Angels. But in my marriage I became unhappy, my husband changed himself and he never talked about his problems with me. So slowly my marriage became broken. At this time I felt that I was losing my life, just everything.

In 1998 we moved to Wernigerode, a small town in East Germany for business reasons and I still hoped to save my marriage. When my youngest child was old enough for the Kindergarten I re-started to work. One of my colleagues was a Muslim but not a believing one. I didn’t realize how he taught me some Islamic manners.

One year later I started to change my life. I became able to accept things how they are, no matter if they have been good or not. I realized that everything is made by God. While that time I became stronger. After ten years my marriage was completely broken and I was scared to leave my husband, how could I survive as a mother with three children? But Allah’s ways are sometimes mysterious.

A couple of months later I got the answer. When I started with my first internet experiences I got to know someone on internet and he didn’t tell me that he is a Muslim. He was like the key to my new life Alhamdulilah. We shared our pictures, his was on his homepage. On that site I found two great links: one of the 99 names of Allah (at this time I never heard about) and one of the Qur’an.

I read the first chapter of the Qur’an and was so impressed that I wanted to read more. So I was looking for the German translation. My Muslim brother in the future, Abdul Rahman, didn’t know about this. I told him later that I was reading the Qur’an and he was so happy to hear it.
After a few weeks we got to know that he left the USA to move to Macedonia (at this time the war over there started) but he promised me to keep in touch with me. Alhamdulilah he did, and every time I was so happy to hear about him in these bad times. It was the first time I was afraid about someone I’ve never met before and made a lot of du’aa for him and his family.

I tried to improve my knowledge in Islam and in spite of our distance he gave me great advice to encourage me. My new faith and my belief in Allah gave me the courage to change a lot of things in my life. I left my husband and started a new life. It was a hard time for me but I felt how Allah was always close to me.

I will never forget the day when I had the strong wish to convert. My children found outside a kitten and we tried to save it. I prayed to Allah to let that little creature live. He gave him one week. I woke up at night and found our kitten dead. His body was still warm and I was so sad. I asked Allah why He did it. After a sleepless night I realized in the morning that it had been God’s will. He gives and He takes life. That was the moment; I knew I had to convert as soon as possible. Allah gave me a sign. Unfortunately there wasn’t and still isn’t a Muslim community here.

To convert to Islam, I needed to go to Braunschweig, a town in the western part. I met some brothers and sisters and the Imam on the station, my train was late and I hadn’t much time to stay and to go to the masjid before I had to return to my town. So I said the Shahadah at the station and one sister told me before I would feel like newborn and she was right. Masha’ Allah. It’s difficult to get some more knowledge in Islam without an Ummah and to bring up my children in the Islamic way but I don’t give up.

When I told my family and my friends about my conversion, they were shocked and except for my Mom and my little brothers, they didn’t want to talk with me. I was so sad about that, but I couldn’t leave my faith for my family or anyone else. My brother Abdul Rahman told me it would take time until my relatives would understand and he was right. Still my Dad can’t understand why I was so convinced about Islam and why I decided to wear a scarf. He said that I wasn’t born as a Muslim, it was not my culture. Insha’Allah one day he will understand too.

Hijab
So when I converted to Islam in 2001 nobody told me how I had to dress or that I had to wear hijab from now. I changed my habits and my dress slowly and almost one year later I’ve got more and more the wish to wear hijab but unfortunately I couldn’t.

I was invited by some sisters for Eid-ul-fitr in Braunschweig. I took the chance and left for the first time my home with a hijab. Masha’ Allah it was a wonderful feeling. I considered if I should continue but I didn’t want any problems for my children as the only German Muslim in town. I asked them and they agreed and a couple of days later, after a lot of du’aa, I realized my wish with Allah’s help.

It has been several years and I don’t regret my decision. I can’t imagine anymore leaving my home without a scarf. People are still looking at me because they are still not used to foreigners here (sometimes I’m being took for a Turk ) but when I have the chance to talk with some about Islam, especially about Muslim women, I do and I must say that I have only good experiences. I’m proud to be a Muslim, Masha’ Allah.

After all, I must say that I don’t regret one moment that I became a Muslim. Islam is sometimes hard but I have never been happier before and I thank Allah that He sent me someone like an angel, Brother Abdul Rahman, because I found the right path for my life.

My teenaged son keeps a very messy room, what can I do to break him of this bad habit?