Blog - Latest News
You are here: Home / Lifestyle / Youth / How do I talk to a friend about a bad quality and still keep his frien... 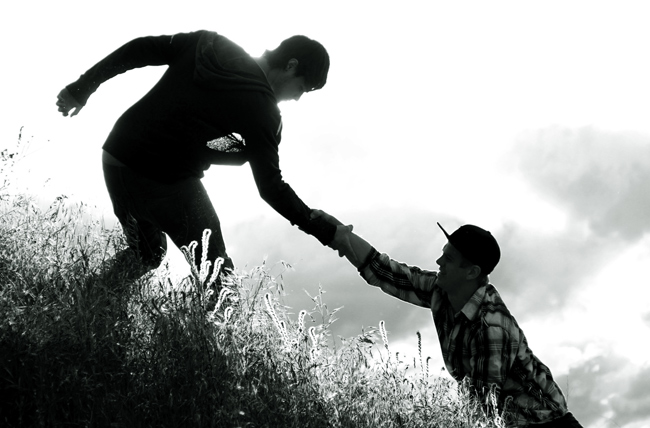 Question: I have a friend who is good in all aspects. He is kind and our relationship is very good, but he has a bad quality that makes me turn away from him while I do not want that. I cannot speak out frankly to him about this bad deed which he often commits. I am confused as to how to tell him about it. This bad quality is called by the Holy Qur’an as treason of the eyes.

Yes! My friend knows well that looking at foreign women (not mahram) is unlawful, and when it is repeated, it changes into an arrow in his eye, heart, and soul. However, he looks at women stealthily and from the corners of his eyes. He casts his eyes and then looks again. What is bitterer than that is that when he visits me (at home) or when I go out with him to visit our friends (in their houses), he does not cast his eyes down towards the ground in the manner of faithful people, but he raises his head and looks here and there without caring that maybe the door of a room is open or that it might have mistakenly been opened by a child, and then his eyes come across women and honors. How often this thing has happened! He looked (at women), lowered his head and then he looked again (from under his eyes). He did not refrain from doing this!

I do not want to cut my relationship with him, and at the same time, I do not wish to continue my friendship with him much longer while he does this thing repeatedly. If I can learn the solution due to religion and reason, the problem will end. Would you please guide me to the most effective way to reform him?

The answer: If you can end your embarrassment by reminding him of the values and morals of the believers and the pious, you should do so without hesitation, otherwise you have to write your thoughts in a letter with a disguised handwriting. Then, you should send the letter by post without any sign indicating it is from you so that Allah may make this way the solution that pleases you and saves him from his plight.

Man, sometimes, becomes accustomed to a bad quality, and then it becomes difficult to remove it from him in a short period of time. Therefore, you should try to advise him, in the same way, after some time if you find that he has not changed.

Write to him, in your letters, about the values he believes in and warn him of the evil end of continuing this bad quality. Mention to him the torment of the treason of the eyes on the Day of Resurrection. Speak, in your letters, to his conscience and tell him that his personality will become degraded before his friends if he continues this bad behavior.

This is what you should tell him in your unsigned letters, but what I want to say to him and to those like him in the following lines is:

Dear brother, what would your situation be if one of your friends looked at your wife, daughter, or sister, etc?

What would your situation be if someone said to you angrily and violently before others: do you not feel shame to look at my wife?!

What would your situation be if your close friends turned away from you and you were exposed before all?

Imagine that your bad quality was in others besides you! Would you not become angry with them and try to advise them? And if they did not refrain, would you not cut your relation with them? But before all that, remember this saying of one of the poets:

“Do not forbid (others) from a behavior while you practice it,

It is a great shame if you do it.”

Imam al-Hasan al-Askari (a.s.) has said, ‘It suffices you as politeness that you do not do what you dislikes others to do.’

Here, I invite this friend to ponder on the traditions of these infallible ones who want good for him.

The Prophet (S) said, ‘(Unlawful) looking is an arrow from the Satan’s. Whoever avoids it for fear of Allah, Allah gives him faith, the sweetness of which he can feel in his heart.’

He also said, ‘Whoever fills his eyes with unlawfulness, Allah will fill them with nails of fire on the Day of Resurrection.’

Amīr ul-Mu’minīn (Imam Ali) (a.s.) said, ‘Beware of treason, because it is the worst of disobedience. A traitor will be tortured in Fire for his treason.’

He also said, ‘He, who sets his eyes free, tires out his mind. He, whose looks follow one after another, his sighs continue.’

source :For a Better Future

What do you have to say about modern girls being more sexually aggressive even...
Scroll to top