Home / How to do / How can religious youth protect their faith?

How can religious youth protect their faith?

Posted by: amin edrisi May 12, 2016 in How to do, Lifestyle, Youth Comments Off on How can religious youth protect their faith? 2344 بازدید 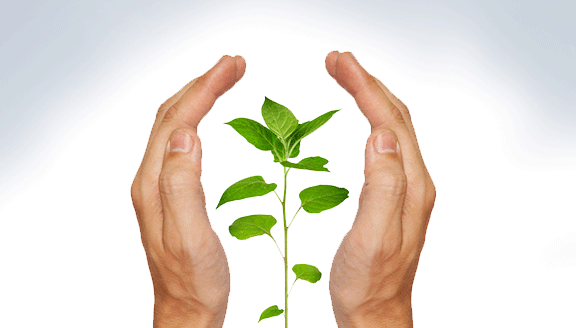 Question: We are seven brothers and sisters. Our father and mother are religious and we are like them. Praise be to Allah! A few days ago, I was listening to a lecture by one of the Ulama’, in which he divided people into four classifications: Some are religious in their youth and they continue so until the end of their lives. These are the happiest of people. Some are dissolute in their youth and then they are guided until the end of their lives. These people are happy, but less than the first ones. Some are religious in their youth but then they become dissolute and spend their lives in debauchery and deviations. These are the losers. Some are dissolute from the beginning until the end of their lives. These are wretched and the worst of losers. It is a nice speech, but how can I preserve my and my brothers’ and sisters’ religiousness so we can be from the first kind and not let the Satan deprive us of our religion?

The answer: Blessed be you and blessed be your parents who have fed you with faith and guidance!

Know that you are among those on whom Allah prides Himself before the angels and says to them, ‘Look at my slave! He has abstained from his lust for the sake of Me.’

It is sufficient for you that Allah is proud of you. Continue on your way to get the eternal bliss of Paradise!

I remember a family I was acquainted with in Denmark in 1991 AD. They had emigrated from Iran fifty years ago, and they still continued their religiousness there. The father told me that he, his wives, and children continually offered the Night Prayer. This conduct, in the midst of corruption in Denmark, is quite difficult to attain. Blessed be they and their likes everywhere!

The practical way of continuing in righteousness, about which you asked, is being continuously supplied with intellectual and spiritual energy besides being careful not to let the self slip here or there, through the following lights:

The first light is that you have to remember, always, these traditions with the questions that follow them:

1. The Prophet (S) said, ‘Any young man who abstains from this life and its pleasures for the sake of Allah, and spends his youth in obeying (worshipping) Allah, Allah will give him a reward of seventy-two veracious persons’68.

Do you want to prevent yourself from this great reward?

2. The Prophet (S) said, ‘The most beloved one to Allah the Almighty is a handsome young man who devotes his youth and beauty to the obedience of Allah. Of such a young man the Beneficent is proud before His angels and says: this is My real slave.’

Do you want to prevent yourself from this pride of the Beneficent?

3. The Prophet (S) says, ‘Allah loves the young man who spends his youth in obeying Him.’

Do you want to prevent yourself from this love?

Do you want to prevent yourself from this preference? Certainly not!

With these motives, you can continue in your religiousness. Do not follow the steps of the Satan, do not approach them, and do not think of them even out of curiosity because this may incite you to a dangerous slip. In the first instance, the Satan invites to unlawful things by means of curiosity, and then after sometime, he invites you and says: ‘all right, pray to Allah to forgive you after your sin! Does Allah not forgive all sins?’ In these deceitful ways, the Satan induces man and then laughs at him.

The second light is that you have to read about the qualities of the pious. Imam Ali (S) has mentioned these qualities to his Companion Humam in one of his speeches. It is one of the most wonderful educational speeches, which is full of spirituality, encouragement, and energy towards righteousness.

The third light is, besides regular worships, to hasten to do good deeds! Carrying out the needs of people and helping the poor and needy keep one firm in faith and certainty and this is the best thing Allah wants from His good people. Contrary to what some people believe, that religiousness and worshipping are realized in complete isolation, Islam believes “the best people are those who are the best to people and sincerest to all Muslims.70”

The fourth light is to know righteousness has a special spirit that survives with the following items: “Knowing Allah and being humble before him, continuous pondering over the greatness of Allah, asking Allah for forgiveness, sincerity, abstinence, giving up bad habits, asceticism, jurisprudence, reason, prudence, giving the rights of people back to them, keeping silent, supplication, and abstaining from the unlawful looking”.

You have to establish these qualities inside your soul to continue in the straight path.

The fifth light is, if you commit a sin, you have to immediately repent and pray to Allah to forgive you. You should well know that Allah loves young men who repent. In fact, there is nothing more beloved to Allah than a young man who repents, and nothing is more odious to Him than a man who becomes old while he still commits sins indifferently.

Finally, I pray to Allah to make you continue in your faith and not to let the blame of others weaken your determination. It is mentioned in the traditions that one day Prophet Abraham (a.s.) saw a white hair in his beard and said, ‘Praise be to Allah, the Lord of the worlds, Who has made me live till now while I have not disobeyed Him a bit.’