Blog - Latest News
You are here: Home / News / Cultural / Effects of Halal and Haram Food on Personal and Social Behavior 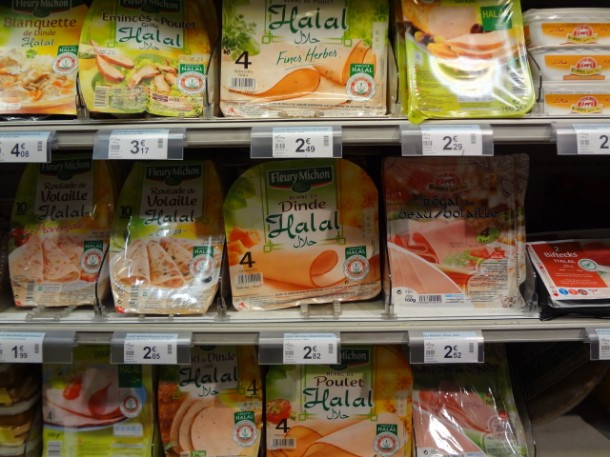 [dropcap]I[/dropcap]n the special program of ‘Tebb al-Masumin’ that was held in the Dar al-Hidayat of the Razavi holy shrine, Hujjat al-Islam wal-Muslimin Mahdavinia noted that there are over 300 verses in the holy Qur’an that refer to the issue of nutrition and added, “This number of Qur’an verses in addition to hundreds of traditions from the Infallible Imams (A.S.) about nutrition indicates the particular attention of Islam to the health of body since just like worshipping, nutrition affects the human behavior and many of irritabilities of people come from their bad nutrition.

According to this expert in the Islamic medicine, that food cooked traditionally in home may contain much more energy and positive mental effects on people compared with fast foods.

“The first recommendation regarding the healthy nutrition associates with the issue of Halal; observing Halal and Haram in any domain should be extremely cared. A Halal money or food can sometimes turn into Haram just by telling a lie or coming short in responsibility”, Mahdavinia added.

Regarding pure nutrition as manners of food he added, “Eating pure food brings about good deeds and eating Haram food, on contrary, vitiates the human body and soul and makes him prone to committing sins.

The professor of seminary and university considered obliteration of blessing and abundance, refusal of prayers, and intensified incentive for doing sin as the outcomes of Haram food and said, “Other outcomes include hardheartedness, black-heartedness, and impenetrability to admonition, proved by this account from Ashura when Imam Hussein (A.S.) said: your bellies are filled with Haram and your hearts have been sealed; you will not admit the truth nor listen to it.”

In continuation of his speech, Mahdavinia recounted ‘equipment with piety’, ‘thankfulness to God’, and ‘doing good deeds’ as the precious outcomes of Halal and pure food.