Blog - Latest News
You are here: Home / Medical / Islamic Medicine / Does Depression Have Any Herbal Medicine in Islam? (2) 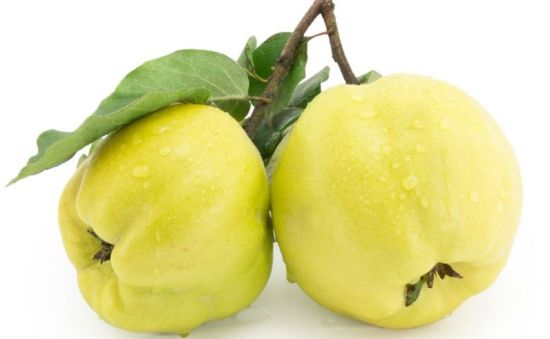 From the Viewpoint of Medicine

“Quince” is a fruit which has useful effects on reduction of anxiety, from the viewpoint of experimental medical sciences and Islamic texts. Since “Quince”, (Cydonia oblonga Miller) is rich in sugars, tannin, malic acid, pectin, and also vitamin A and B; it has many therapeutic effects such as being a laxative, anti-inflammatory, antitussive, heart tonic, astringent, relaxing, anti-diarrhea.

From the Viewpoint of Islamic Texts

In this regard, different narrations from Holy Prophet (SAW) exist. For example, “eating quince relieves chest heaviness”. Also, he says: “eat quince to refresh your soul. God has chosen no prophet, except that He has fed him with quince from heaven and has given him the power of forty men”. The Holy Prophet said: “if anyone of you feels heaviness in his chest, eat quince”.

Zobair asked: “O Messenger of God! What are the benefits of quince?” the Holy Prophet (SAW) said: “it gives relaxation to heart, generosity to miser, and braveness to coward!” It has also been cited from him that: “eat quince, because it strengthens the memory, relieves the heaviness from chest, and makes the child beautiful”.

Imam Sadigh (AS) said: “Jafar ibn Abitaleb was at the presence of Holy Prophet (SAW), a quince was given as a gift to the Prophet. The Prophet cut a piece of that and gave to Jafar, Jafar refused to eat, the prophet said: “take and eat; because it gives conscious to heart and makes the coward brave”.

It has been cited from Messenger (SAW) that: “eating quince empowers the weakened heart, cleans the stomach, improves the courage, makes the coward brave, and makes the child beautiful”.

In this regard, Imam Ali (AS) says: “I came to the Prophet while he had a quince in his hand. He started eating and gave me a piece of it, and said: O Ali, eat it which is a gift from my Lord for me and you. Ali (AS) says: when I ate that, I found it very tasty and delicious. Then, the Prophet said: O Ali! Anyone who breaks his fast with quince for three days, his mind will be opened; his patience and knowledge will expand, and will be safe from tricks and deceptions of the devil”.

Does Depression Have Any Herbal Medicine in Islam? (3)
Scroll to top