Blog - Latest News
You are here: Home / Islamic Rulling / Political Rulings / Do We Have Something Called Freedom in Islam? (5) 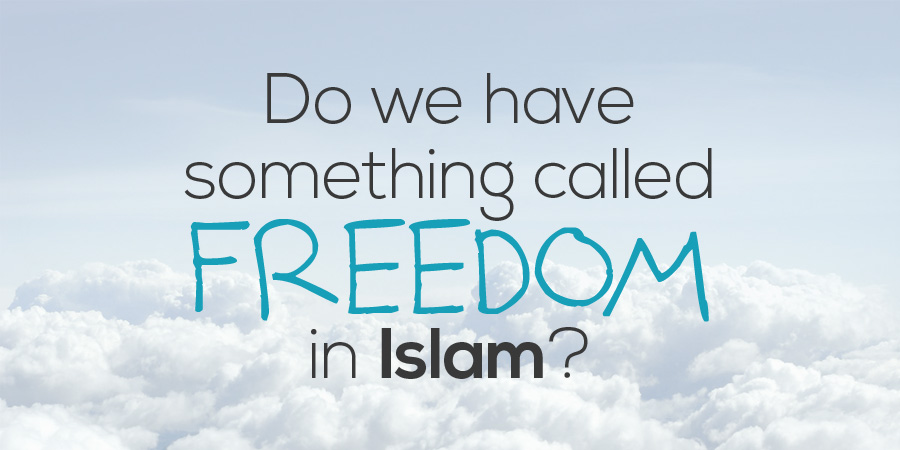 Expressing question on the foundation of historical development of man

This question is formed based on the historical development and diversity of human culture and civilization and the transformation of social orders. It must be acknowledged that the social life of mankind throughout history has passed through many critical stages and moments. In a certain period in human history, slavery was the issue of the day, and the preservation of human civilization and advancement required that weaker and inferior human beings would be slaves of others and subjected to forced labor by the latter.

It is natural that consistent with that period, the relationship between man and God used to be described within the framework of master-servant relationship because some were masters and sovereigns while some were their servants and slaves, and human relations used to be assessed within the framework of the master-servant relationship. As such, just as the weak were considered slaves and servants of the strong and mighty, all human beings were recognized as servants of God, He being the Master. However, as the system of slavery is now abolished, comparisons to that period are no longer relevant.

Nowadays, man does not feel obedient and subservient. He feels he is his own master. So, he says that we are servants and God is the Master, but regards himself as the vicegerent of Allah. He who is the vicegerent of God has no feeling of servitude and is not inclined to receiving orders and obeying God. Rather, he has a feeling of Lordship. God is dismissed and he replaces Him. He does whatever he likes. This is the age of modernism and the dominance of a new civilization over mankind.

We have attained a level of awareness, growth and advancement in which we cannot afford to accept mandatory order, subservience, obedience, and submission to a great entity. We are in pursuit of lordship and mastership. We have gone through the period of obligation and sense of responsibility. Even if orders, commands and duties are mentioned in the Qur’an as they are, these are related to the age of slavery because when the Prophet (s) began his apostleship [risalah], a great system was prevalent, and the initial structure of Islam and the relationship of God and the Prophet (s) with the people consistent with that system.

Sometimes they say that today man is not looking for duties. He is rather seeking his rights. It is no longer inculcated in his mind that he has any duty, responsibility and obligation to perform. He has to demand his rights and claim them from others as well as God. In short, those who talk from the religious perspective about the exigency of obeying and following the Prophet (s), the infallible Imams (‘a) and their deputies are doing so in consonance with the social system fourteen hundred years ago.

Reply to the above question

We shall approach the reply to the above question from the ontological [takwini] and legislative [tashri‘i] angle as we are facing these two stances. In other words, it is the stance of “beings” and realities and the stance of “dos and don’ts” and duties. From another perspective, it is the world of realities while the other one is the world of values. (Of course, the above expressions are equal in substance but because of different levels of understanding various expressions have been presented.)

Now, ontologically, it must be examined what our relationship to God is, because if a person does not believe in God in principle, to assume any relationship with God will be senseless in his view. But if a person has faith in God, he, at least, accepts that it is He who created him. He acknowledges the Creatorship [khaliqiyyah] of God, which is the lowest level of faith in God, and regards himself as among His creatures and phenomena. (Of course, in Islam mere belief in the Creatorship of God is not enough for a monotheist [muwahhid]. In fact, belief in the ontological and legislative Lordship [rububiyyat-e takwini wa tashri‘i] of God is also necessary for belief in monotheism [tawhid]).

Based on monotheistic belief in creatorship [tawhid fi’l-khaliqiyyah], the statement of one who claims that he is not a servant and slave of God is inconsistent with the belief in the Creatorship of God. The first step in monotheism is to accept that we are God’s creatures and that we owe our existence to Him. This is the same as servitude [‘ubudiyyah] to God. ‘Abd [servant] means to be a slave and in possession of another. So, if a person regards himself a Muslim who believes in God but refuses to accept servitude to Him is in explicit contradiction, because the requisite of belief in God is to regard oneself as His slave and servant. It is for this reason that in their most essential and eminent forms of worship, viz. the salah [ritual prayer], all Muslims say: “I bear witness that Muhammad is His servant and apostle” [Ashhadu anna Muhammadan ‘abduhu wa rasuluh].The most outstanding and honorable station of the best human personality is to be a servant of God. As such, God says:

Yes, because of the lofty position of servitude to God, in the Qur’an God has repeatedly used the elegant term “‘abd” and its derivatives, regarding utmost servitude as the loftiest station of human perfection when He says:

“O soul at peace! Return to your Lord, pleased, pleasing! Then enter among My servants!”2

From the legislative angle, to say that freedom of man is inconsistent with subservience to law and assumption of responsibility will lead to savagery, barbarity and chaos. This notion that being free man can do whatever he likes and even defy the law he himself approved of is inapplicable even in the jungle because there also are certain laws observed by the animals! We, beating the drum of civilization and civility, have to accept that the first pillar of civility is the acceptance of responsibility and observance of law. Through unconditional non-acceptance of restrictions and responsibility, one can not claim modern civilization. Rather, he should find himself drowned in the lowest firm if barbarity.

In other words, the most eminent human faculty is reason, which insists that man should accept responsibility and regard himself bound ‘to do’ and ‘not to do’ certain things. Based on this, if a person wore a dress as he pleased, or appeared naked in public, uttered gibberish nonsense, who would treat him as being in the right frame of mind? Will he not be considered insane, stupid or even savage? If asked, “Why are you behaving thus?” he replies, “I am free and freedom is the hallmark of humanity. I just feel like that,” is there anyone who will accept him?

It follows that the hallmark of humanity is the intellect and the corollary of rationality is the acceptance of responsibility and observance of law, for there is no civility without legality. If there is no sense of responsibility, humanity will also not be realized. That man is free, i.e. to have the power to choose, does not mean that legislatively he should not submit to laws, decrees and mandatory orders and not accept any limits and boundaries in his social life. As such, it should not be imagined that religion’s assumption of wilayah is opposed to human freedom, because freedom is the most eminent feature of man and a requisite for being the viceroy of Allah!

Do We Have Something Called Freedom in Islam? (6)
Scroll to top