Blog - Latest News
You are here: Home / muharram / The Philosophy of Mourning and Lamentation 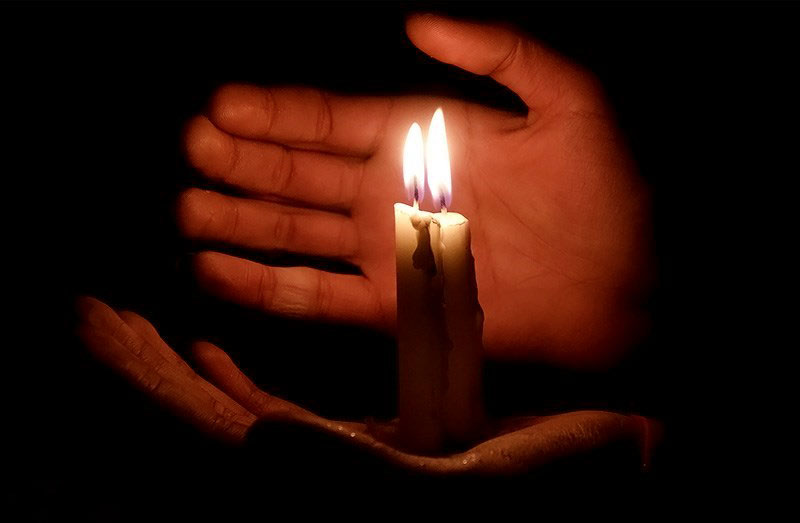 Know that the entire instructions of the Infallible Imams (a.s.) for observance of this historic epic of Islam and the curses levied on the oppressors of the Ahl-e-Bayt (the Prophet’s progeny) are all the epic cries of valiant nations in condemnation of the perpetrators of cruelty and oppression at all times in man’s history. You must also know that cursing the Bani Omayyad, although they were overthrown and are in the Hell, is the cry of condemnation of all oppressors and is meant to maintain this cruelty – smashing outcry.

Lamentation of the martyrs, means preservation and perpetuation of the Movement. It is narrated that he who cries (at, Imam Hosein’s martyrdom) or make others cry or even he who p@ on a weeping appearance, will be admitted to the Heaven. [42] Such a person who appears sad, whose face shows his affectation by tears, is actually helping to preserve the uprising and movement of Imam Hosein (a.s.) 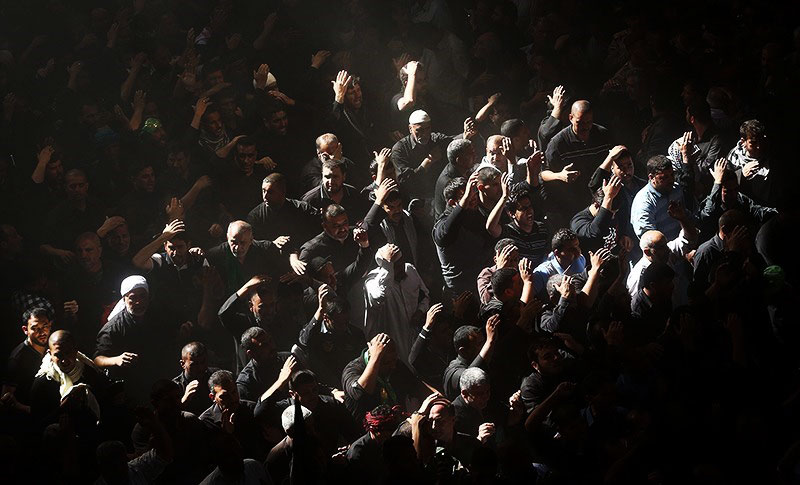 If we weep until Doomsday for Imam Hosein (a.s.) we ourselves will profit by it not Imam Hosein (a.s.). Consider its benefits in this world, let alone its rewards in the next world, consider the spiritual aspect, how it rings the hearts together!

Don’t think that we weep and arrange these mouming meetings to please the Master of Martyrs! No, he has no need for our tears and our tears, per se, cannot do anything! But these lamentation gatherings and meetings unite the people and give them direction. 30 to 35 million people during the month of Muharram, especially the Ashura days, all have a united aspect and move in one direction. Some of the Imams (a.s.) have asked that mouming be arranged for them at Mana [43]. Some of the Infallible Imams (a.s.) have wanted that elegies be recited for them from the pulpits, others have stressed that rewards will accrue to those who cry, make others cry or appear to be sad and crying. The issue is not shedding of tears at all, it is political for our Imams (a.s.) with their divine vision wanted to unite and mobilize the nations, bring them together by various ways so that they won’t be vulnerable.
Some of the Infallibles, (e.g. Imam Baqir – a.s. may have been the one) have wanted a reciter of elegies to be stationed at Mena (a place where hajj pilgrims converge to perform certain hajj rites) and recite elegies in their names. That was not because Imam Baqir (a.s.) had needed elegies, rather, it has had political significance. Consider Mena during the hajj season; pilgrims from all around the earth would be gathered there hag lamentation over the crimes committed by the Imam’s opponents which had resulted in his martyrdom and the matter would surely reverberate clear across the Islamic World. These mourning sessions have been underestimated.

His Holiness Imam Baqir (a.s.) upon his death willed that someone be hired for ten successive years and placed at Mena to cry for him. What kind of challenge is this? Did Hazrat Baqir (a.s.) need tears, what for and why at Mena during the hajj pilgrimage!? This is the point, the political, psychological and humane point. Ten years of tears in succession! Well, people who make the pilgrimage see this and ask about it and when they receive answers, their attention is gained toward this ideology. It supports the oppressed and weakens or destroys the oppressors. We offered youth, so did Karbala. We should preserve this. You shouldn’t think that tears were the issue. No, not tears but political, psychological and social aims are involved. If tears were the issue, why the pretension to it? What need could the Master of Martyrs have for tears? The Imams (a.s.) insisted that we hold gatherings for lamentation, etc., because it gives solidarity to the move and safeguards the Faith. 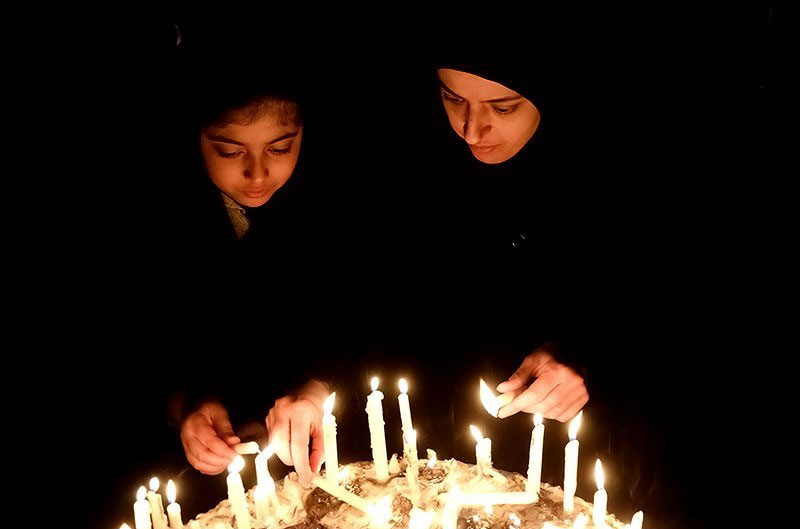 The depth significance of the lamentation meetings is little known and, to some, it is not evident at all. Our narratives place such great value on even one drop of tear, even for pretension to crying, for the victim of Karbala not because the Master of Martyrs personally needs the tears or lamentations and not even for the reward that those who shed tear will receive [44]. But, why such exterior dinary rewards have been prescribed for the lamentation gatherings? Why has God Almighty granted so much reward for even one drop of tear, for even pretension to crying? The political dimension of the issue is, little by little, becoming known and, God willing, it will become more evident in the future. The assignment of such great rewards for lamentation and mouming gatherings, for recitation of elegies has been in addition to its spiritual and devotional aspects, for political considerations, a major political purpose. The day the related narratives were issued, this saviour minority group was afflicted with the Omayyad and Abbasid rulers, a small minority vis-a-vis great powers.
At that time, in order to organize the political activities of this minority, they devised a path which itself was an organizing element. That device was to quote divine inspirational sources for the formation of these meetings, their greatness and the highest reward for mourners. The Shiite minority in those days gathered around these lamentation meetings, many of them did not know what it was all about. The issue was imparting organization to a minority group that faced a cruel majority. In the course of history these lamentation gatherings developed into an all-inclusive organization in every Muslim Country. In Iran, which is the cradle of Islam and Shiism that which threw fear in the despotic autocrats, who meant to destroy the clergy and Islam, was these mourning sessions.

Maybe Westernized individuals call us a weeping nation and maybe our own people cannot grasp the meaning of so much reward for one drop of tear or for one lamentation gathering. Perhaps they cannot digest or comprehend the promises made for praying. The political aim of these tears and prayers is to draw people together and their collective attention to God that will result in their unity and mobilization for an Islamic aim. A lamentation gathering is for people to cry for the Master of Martyrs and be rewarded for it in the Hereafter. However, the important point is the political aspect that was designed by our Infallible Imams (a.s.) in the early days of Islam, and will last to the end, to get all the people gathered under one single banner, one single ideology and nothing can bring about such unity as readily as the mourning for Imam Hosein (a.s.).

Others go to the mosques, listen to the sermons and hear what is being preached but when time comes for lamentation, they leave. This is because they do not know the significance of lamentation and elegies for the Infallibles. It is these mourning gatherings that have saved and preserved the altar and the pulpit. If there was no lamentation, this pulpit would not be here today. We must cry for our Martyrs, cry out loudly and awaken the people. We must make the people realize that our lamentation is not to earn rewards. We do lament to advance. The Master of Martyrs did not sacrifice himself to earn rewards, he was not in need of such a reward. He did so to save the ideology, to advance Islam and revive it. You who cry from the pulpit and make others cry, you who recite elegies that make listeners shed tears, your aim and purpose must be to advance Islam by these tumultuous uproars just as you have done so to the present time. People must be made to understand that the aim of our lamentations is not just to make them cry, rather, they must know for sure that Islain has been preserved by these tears, even sham weeping helps the ideology.

If people could truly understand and make it understood by others what all this is about, the lamentations, the mournings and the elegies and why such high divine reward for a drop of tear shed for Imam Hosein (a.s.), they would not call us the weeping nation, rather they would call us the nation of epic action. If they could understand the meanings and mobilizing effects of the prayers enunciated by His Holiness Imam Sajjad (a.s.) at Karbala where he was under a governmental rule that had usurped all the powers, they would not say “what are prayers for!?” If our intellectuals could understand the political and social dimension of these mouming and lamentation meetings, these recitations of elegies and passion plays, they would not tell us why we have them, hold them and observe them.
Some are asking our youth: “How long will you cry” How long will you mourn” Let’s hold a demonstration in protest!? Ills is because such people do not understand the meaning, the aim of the Ashura lamentations and (how) it has been maintained so far. They do not know this, they cannot be made to understand.
They do not see that this lamentation (in honour of the Infallibles) “builds” up human beings, develops the men. These Ashura mouming sessions, are propaganda against tyranny, against the arrogant taghuts; it is reciting the oppression of the oppressed and it must go on indefinitely.

Family of Sheikh Zakzaky: Unclear If He is Dead or Unwell
Scroll to top