Blog - Latest News
You are here: Home / Lifestyle / Consultation / 12 Points to Save Marriage in its Early Years (3) 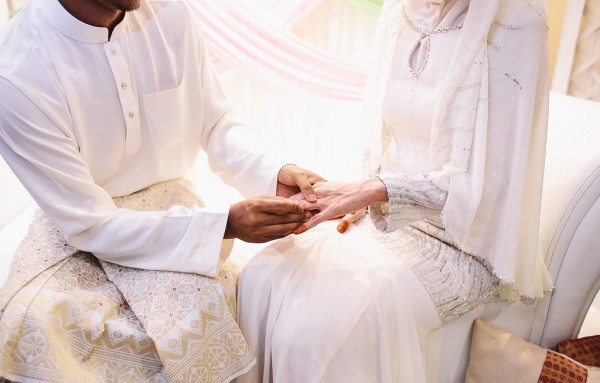 Muslim men who have grown up in present culture may find marriage restricting. After all, before, they could hang out with their buddies and come home around 11:00 p.m. and no one would say a word. After marriage though, they have to be home by 7:00 p.m. if not earlier!

While marriage comes with responsibilities and a tighter schedule, the benefits are also there. It takes time and patience to realize that in the end the benefits (i.e. a life partner, children, etc.) are greater than the restrictions.

Friends are a joy and a good friend is someone you want to be close to for the rest of your life. But friends are often the source of many marriage conflicts. Too much time spent with friends – either hanging out with them or being on the phone – means time lost with one’s spouse.

Also, friends, especially if they are of the same age group, may give the wrong advice on marriage, due to their own inexperience in the area.

Some possible solutions to the friend dilemma could be:

A number of young married couples are notorious for not keeping secrets, especially those related to sexual matters, and thus expose their spouse’s faults. This is not only unacceptable – but it is un-Islamic as well.

Couples should seek to hide each other’s faults. They should seek advice on marriage problems from a “marriage mentor”, someone who is older, wiser, trustworthy and has the best interests of both parties at heart. The Holy Quran tells us that:

The functions of clothing are numerous, however one of them is to cover any defects or faults a person may have on his or her body and thus, the husband and wife must act, just as the Quran commands us, as “clothing” for one another, meaning a cover.

How much should be spent on furniture, the house, food, etc.? These are staple issues of any household and can lead to a tug-of-war between husband and wife.

To keep spending in check, husbands and wives need to draft a budget and stick to it. The household will run more efficiently and that’s one less source of conflict in a marriage.

A special note to husbands: in the beginning of marriage, husbands tend to shower their wives with gifts. They do this as an expression of love and because they want to provide for their wives. However, as time passes and they keep giving, they go into debt or experience financial difficulty. As well, wives get used to a certain level of comfort which husbands can no longer afford.

Providing for a wife (and later on, a family) is not just reserved to material things. It includes spending time with them, and treating them with equity and kindness. In fact, most wives would prefer this kind of provision over expensive gifts.

A number of couples think being married means always being together and serving each other on hand and foot.

Wives may initially take over all the household chores, not letting the husband help or even do his own things (i.e. ironing his own clothes). They later regret this as household responsibilities increase and their husbands become dependent on them for the smallest things.

Husbands may think getting married means being with their wives all the time. This later may lead them to becoming irritable and cranky.

The key is to focus on being caring, fond of and accepting each other and giving each other sufficient space, yet at the same time, being there for one another. Doing this provides a necessary balance in a relationship which is so close both physically and emotionally.

Source: The Religion of Al-Islam and Marriage compiled by Arifa Hudda